A letter no customer should have to write to their store manager: “I wish to make another complaint…” 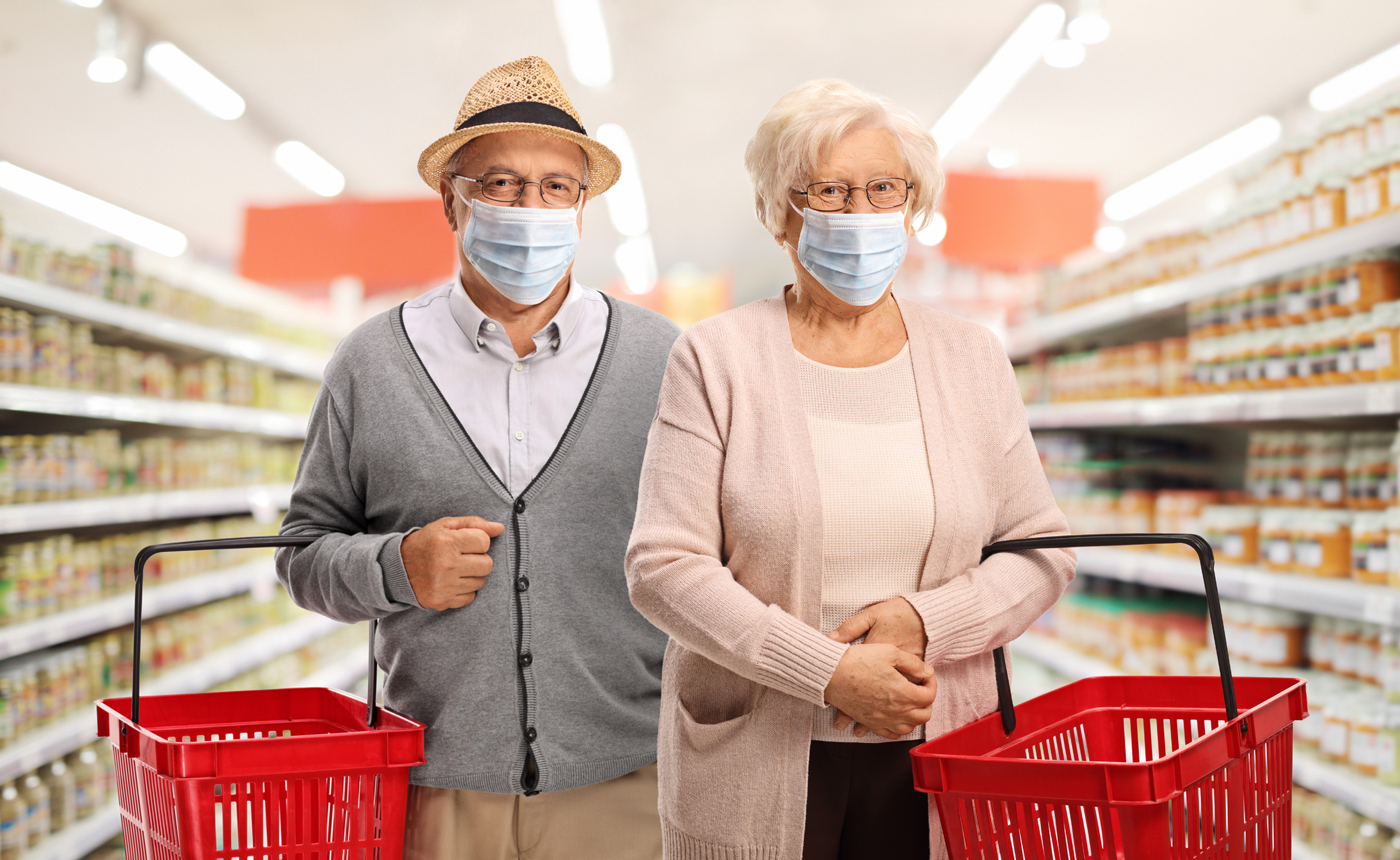 I am a customer at your store in Chapple Heath.

I have seen your name and photograph on the wall at the exit and wanted to write to you about the experience I had at your supermarket, last weekend.

I am 67 years of age. I am a loyal customer. And I wanted to make you understand what it is like shopping at your store from the point of view of someone who is classified as “vulnerable” by the Government.

My husband and I set off to visit your store at around 8am on Saturday morning. We live a short drive away from the town centre and wanted to get to the high street early to get our shopping done and avoid the crowds. We normally get the bus, but people are being asked to avoid public transport because of Covid.

As we arrived at the public car park, there were lots of cars already queuing to get spaces. We queued patiently for about 20 minutes until we got to the barrier. Henry opened his window and reached for the ticket, rubbing some hand sanitiser on his hands after he had done so, which we keep in the car. All those people pressing the same buttons can’t be a good thing.

We drove around the car park looking for the free space that the screen at the barrier said there would be. It took a while to find. When we did find the space it was a tight fit. Henry managed to get parked after several attempts, but the space was so small it was very difficult getting in and out of the car. I had thought the reason that the queue for the car park had been because the Local Authority was perhaps reducing the number of spaces, so people loading and unloading their shopping could stay a good distance away from each other. But no such luck!

We left the car and as we did put on our masks to walk the short distance to your shop on the high street. There were a lot of people all heading in the same direction and there was no social distancing going on at all. There were no police about to keep order. I was quite worried, but what can you do? Shopping online is all very well, but there are hardly any delivery slots available. So we either shop or starve!

When we got to the queue to enter your store there were white lines 2m apart for people to stand behind, but they weren’t. And because the queue was long we were queuing in front of a neighbouring store and their queue was getting mixed in with ours and people were getting all het up.

At the entrance to your store there were signs saying people had to wear masks inside. But the young woman counting us in to the store was letting people in without masks. And then she got into a kerfuffle with a man who said he had left his children in his car and “just” wanted to return the item he had ordered online. He was getting very irate about the prospect of having to queue for 20 minutes to get a refund, and we heard raised voices before someone came out to help the young woman. Then they just waived the angry man in, which did not go down well with the rest of us queuing I can tell you. People started muttering that they would say they too were returning things just to beat the queue!

I did not feel safe queuing to get into your store. Henry said he thought the operation was a “tick box” exercise, by which he meant that you had done just what you are legally required to do, but with no particular enthusiasm for actually making sure people did what they were supposed to. I felt sorry for the young woman on the door as she seemed to be getting the flack for people’s bad moods. But there was also a chap wandering around with a bright yellow jacket on and he was doing nothing to tell people to remember to stay behind the lines, wear their masks on entry or remember to use hand sanitiser. He seemed clueless.

When we got into the store I said to Henry “I can see why they didn’t bother telling people to sanitise their hands…” On the stand at the entrance were five (I counted them) EMPTY bottles of hand sanitiser… the ones with the pump you push down. There were a couple of sprays labelled “trolley sanitiser” but nothing for your hands. I did wonder about using the spray on my hands. There was nothing to say you shouldn’t. But Henry pointed out that if they could be used on hands and trolleys then why would the store have separate liquids and perhaps it was better if we did not use any, especially with my sensitive skin. Luckily I had a small bottle from the car in my pocket and we both sanitised our hands, but most people were just walking in and using the baskets or trolleys without bothering – not even using the spray that was there for the trolleys. And nobody was on the door encouraging people to do it.

The store was very busy. There were signs on the floor telling people which way to walk and also repeating the need to keep a 2m distance apart. Unfortunately I have to say that the niceties of one way systems and social distancing had gone by the wayside. I would say about a quarter of the people there were not wearing masks. And they were not being asked to do so or leave. I even saw people with no masks being given help to find products by a member of your staff. There were so many people in the store that I wondered what the point of having the young woman on the front door was. Henry said he thought that you may have worked out how many people you can have based on square footage of the store but, with nobody enforcing the social distancing rules, had not allowed for all of those people crowding together in just part of the shop.

Henry and I did our best to be respectful of other people’s space. But what took the biscuit for me was how, whilst we were waiting to get to some vegetables and for another customer to clear the way, another young girl on your staff walked right up to me and started putting things on a nearby shelf. Not even your staff are socially distancing! They are too busy stocking shelves!

We battled the crowds, very unhappy about the situation. Having got our shopping we went to pay. More queues! Although I did see that people were following the social distancing rules at the checkouts as best they could. The problem was that because the queue at each till was so long it snaked back into the aisles, and of course the people at the end of the queues could not avoid crossing with people still shopping. So that was a bit of a damp squib!

And when we got to the till and it was time to pay, our shopping came to about £60. Henry got cash out of his wallet but the cashier said that they were not taking cash because of Covid and could we please pay by card as it was more hygienic. Well Henry got his card out and then asked if the card machine was sanitised – all those people pressing buttons. The cashier just shrugged! So anyway Henry put his number in, because we didn’t have a choice, and it all went through and then I gave him some more hand sanitiser from the bottle in my pocket.

I said to Henry that I would like to get away from the other shoppers and have a quick cup of tea in your canteen before braving the walk back to the car. I know it sounds like I am a Moaning Minnie, but I have to tell you that things were no better there. The tables have been spread about so that people are 2m apart. Sitting at them were groups of four or five people, most of them elderly. But we are in Tier 2! There shouldn’t be any people meeting indoors. You can’t mix households. And I don’t believe for one minute that these people all lived together… not every one of the four tables I saw it happening at. And yet nobody pointed out the rules and were happy to serve them and have them sit and chat.

I have never written a letter like this in my life. However, whilst you may have the lines, posters and instructions all displayed at your store, my experience was that nobody is bothering to make people take them seriously. I was very unhappy about my experience. Until Henry and I get our vaccinations I will be shopping at the smaller, less crowded shops more local to me because I feel safer. That is unless my friends tell me that things have improved in your supermarket, and that my husband and I can shop in safety.

As I say, I know you will probably read this and think I am just some old lady having a moan. However, if you stop imagining me as a complaining customer and instead think of me as if I were your own mother, then perhaps you would feel compelled to fix this situation. Ask yourself, “Would I be happy for my own mother to shop in my store, given the problems I know exist?”

I bet you wouldn’t.

Note: The characters in this story are still fictitious. The issues, still very real…