This website uses cookies to allow us to see how the site is used. The cookies do not identify you. If you continue to use this site we will assume that you are happy with this. If you want to use this website without cookies or would like to know more, you can do that here.
Loss Prevention

Data is only as good as the people who interpret it 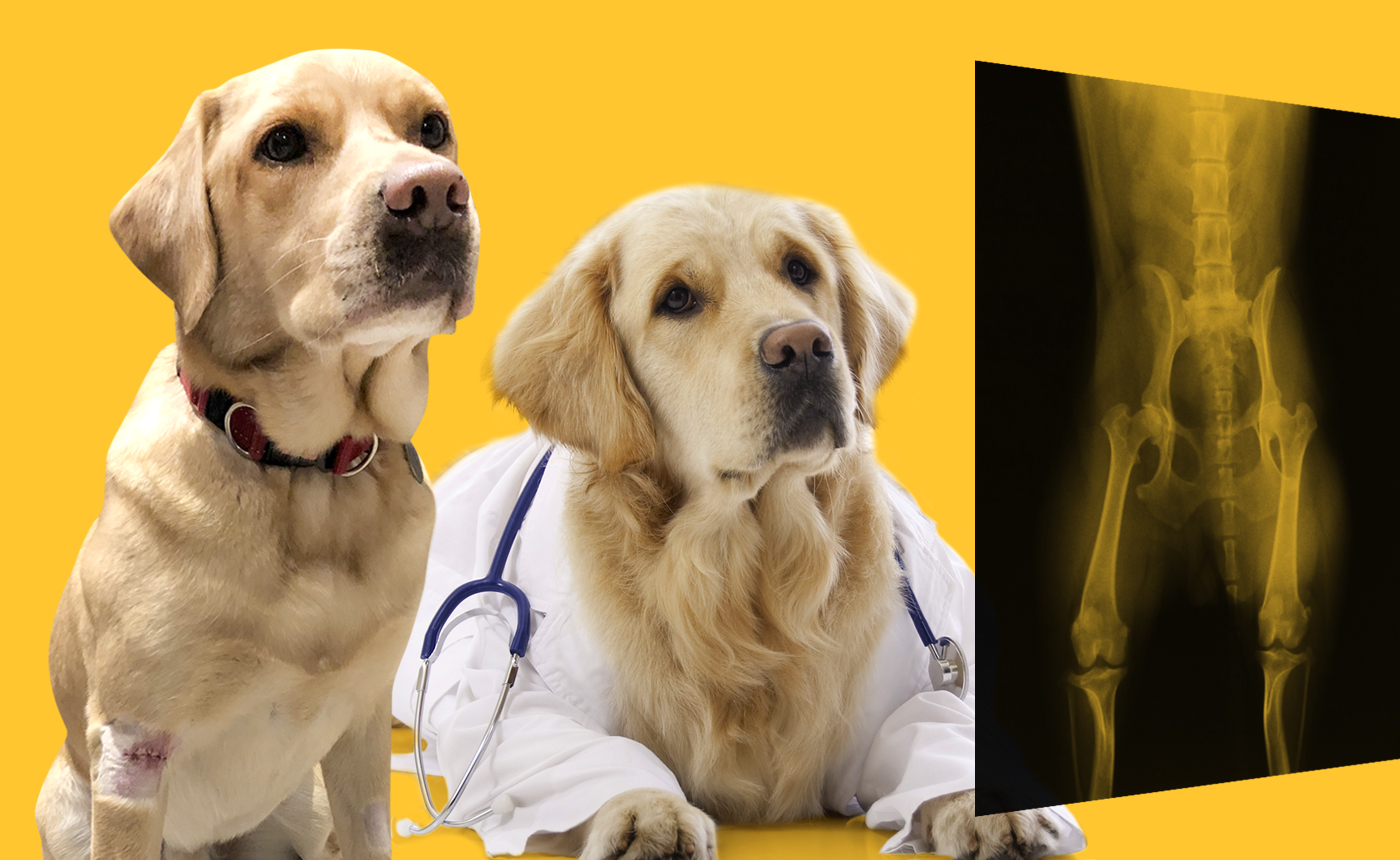 You’d think a walk on the beach with your dog would be enjoyable, relaxing and uneventful. But no!

I live in Dorset. Those of you familiar with the area will know that the county has many areas of outstanding natural beauty, including some wonderful beaches.

As is our habit on a Sunday morning my loopy Labrador, Leo, and I decided to go for a walk. To be fair, he “decided” I just “acquiesced”! Taking with us his much-loved bouncy ball, we set off for our usual 6 mile adventure. Unfortunately, fate had a nasty surprise in store.

As we walked along the sandy shore, I threw Leo’s ball in time honoured tradition. Leo loped along energetically in hot pursuit. It is a close second in his list of all-time favourite canine pursuits – number 1 being chasing foxes. As Leo caught up with the bouncing ball, he enthusiastically pounced upon it. Disaster..!

Can you believe it! Somebody had left a broken bottle on the beach. Instead of nabbing his ball, Leo had pounced on a broken glass bottle. Much yelping ensued as Leo became a bloody mess. The glass had cut through his leg down to the bone. Only one thing for it – medical help.

I called my wife who drove to the beach, as Leo was not going to be able to walk any distance, and a three stone Labrador is not the most portable of creatures. We drove to the emergency vet, who saw Leo quickly. Fortunately, no permanent damage was done. A number of stitches later, and his owner £401 the poorer, Leo was hobbling around with a good prognosis.

The vet decided not to bandage the wound, simply because Leo’s usual vet would need to be able to see what had occurred and decide what further treatment should be given, when that practice reopens after the weekend. Good medical practice no doubt. However, it did not take into account Leo’s temperament. He is now nibbling his stiches because they are irritating him, and undoing the fine (and not inexpensive) work done by the emergency vet!

Musing on this point, it occurred to me that Leo’s vet is not the only example of an expert taking decisions based on the data without looking at the broader implications of those decisions. The emergency vet had used best practice simply for the wound he was treating. He was not looking at the wider picture. In different areas of responsibility others are sometimes guilty of the same thing. Choosing a course of action to deal with an immediate problem, without due regard for the wider implications, means that a small issue can become an even bigger one down the road. Take the recent row with the EU over vaccines, for example.

EU Commission President Ursula von der Leyen knows a thing or two about unintended consequences. She has recently presided over the catastrophic decision by the Commission to invoke Article 16 to create a hard border between the Republic of Ireland and Northern Ireland to get its own way over vaccine supplies.

The decision was based upon a power of last resort embodied in the Brexit Agreement. For many months the EU had insisted that an Agreement could only be reached if the border between Northern Ireland and the Republic of Ireland stayed open. Now, just one month after the Agreement was reached, here is the Commission not only using the Article for inappropriate reasons, but also doing it unilaterally and without warning or consultation with either the Republic of Ireland or the UK Government.

“It’s like watching a car crash in slow motion,” commented one irate EU diplomat. “President von der Leyen is a medical doctor. She wanted to take over the mass purchase of vaccines for all the EU – as a high-profile exercise. Normally health issues are dealt with nationally. This hasn’t been a great advertisement for handing powers over to Brussels. I think that’s the lesson member states will take away from this.”

Another diplomat questioned whether the team around von der Leyen actually understood the Irish protocol in the Brexit deal. “They came in right at the end. Most of the deal was agreed under former Commission President Jean-Claude Juncker. Maybe they just don’t get it?”

On Tuesday Michael Gove made an emergency statement in Parliament about the situation. Whilst it was acknowledged that the Commission had quickly reversed its decision, it had only done so after intense political pressure from all sides, including its own. “A relationship of trust has been breached” stated Gove. The Commission looked at getting leverage on the problem before it – lack of vaccines. The unintended consequences will be to have handed Brexiteers a big stick with which to beat the Commission over the head with time and time again, for years to come.

Closer to home, under Section 60 of The Police & Criminal Evidence Act, the Police have the power to randomly search anyone within a defined area. A Section 60 can only happen in a specific area (normally a neighbourhood or, sometimes a whole borough) for a set period of time. It must be approved by a senior police officer when there is a belief that a serious crime has been, or is about to be, committed. It has been cited as a useful tool in the fight against knife crime.

Research has shown that the only success from the use of Section 60s that can be pointed to is a reduction in the number of arrests. Whether this is because people were discouraged from committing crimes by carrying offensive weapons, or whether they were just more careful not to get caught is of course the big question. In terms of bringing about a reduction in overall crime, Section 60s are not known to make that much of a difference, as determined by studies that took place in 2016 and again in 2018.

However, as one senior police officer said to me, “the problem with these initiatives is the legacy it leaves behind. Some areas where Section 60s have been used are where the majority of the population are black. So inevitably the police become easy targets for accusations of institutional racism. And we have to continue to work with these communities and police by consent long after the media spotlight has moved on to the next new thing.”

Closer to home again, I think there are significant implications for risk management. As I write I have counted approaching 1,170 risk management jobs on LinkedIn. People are in a recruiting frenzy because many of the experienced teams that were let go at the beginning of Covid have skill sets that are now desperately needed. I worry that these new teams will not have the sufficient experience of their new employers’ businesses to make the best decisions.

What the old guard knew to be true, the new arrivals will have to work out again for themselves. Inevitably there will be a step backwards (maybe several steps backwards) before any forward momentum is possible. In my opinion those original teams should have been kept on at all costs, because their input is so valuable. However, that has not been the case and many new teams will be forming to deal with problems as we reopen the economy.

Whilst the pandemic has been at its worst we at Amberstone have not only retained our expertise, but we have also recruited to enhance it. So, when it comes to interpreting the myriad of data points that we have gathered both historically and in real time today, we are very well placed to be able to help new teams bed in quickly. We have broad experience of their specific business as well as similar retail operations. As a result, we can warn them of any potential unintended consequences of a particular strategy or tactic and help make sure that they do not end up making mistakes, for which they or others have already paid the price.

As we come out of the pandemic it seems to me that experience and expertise are going to be a highly sought after commodities. Business will need a stable, guiding hand during a period of uncertainty and instability. And that is where those with experience can add the most value in steadying the ship.

Use of data to support decision making is important, but it is only one part of the equation.

Retail
Who else thinks retailers should run our high streets?
Read more
Retail
Is the new ACS ShopKind solution actually “a solution?”
Read more
Covid-19 News
“What if there is no tomorrow? There wasn’t one today!”- Phil Connors, WPBH-TV Pittsburgh
Read more