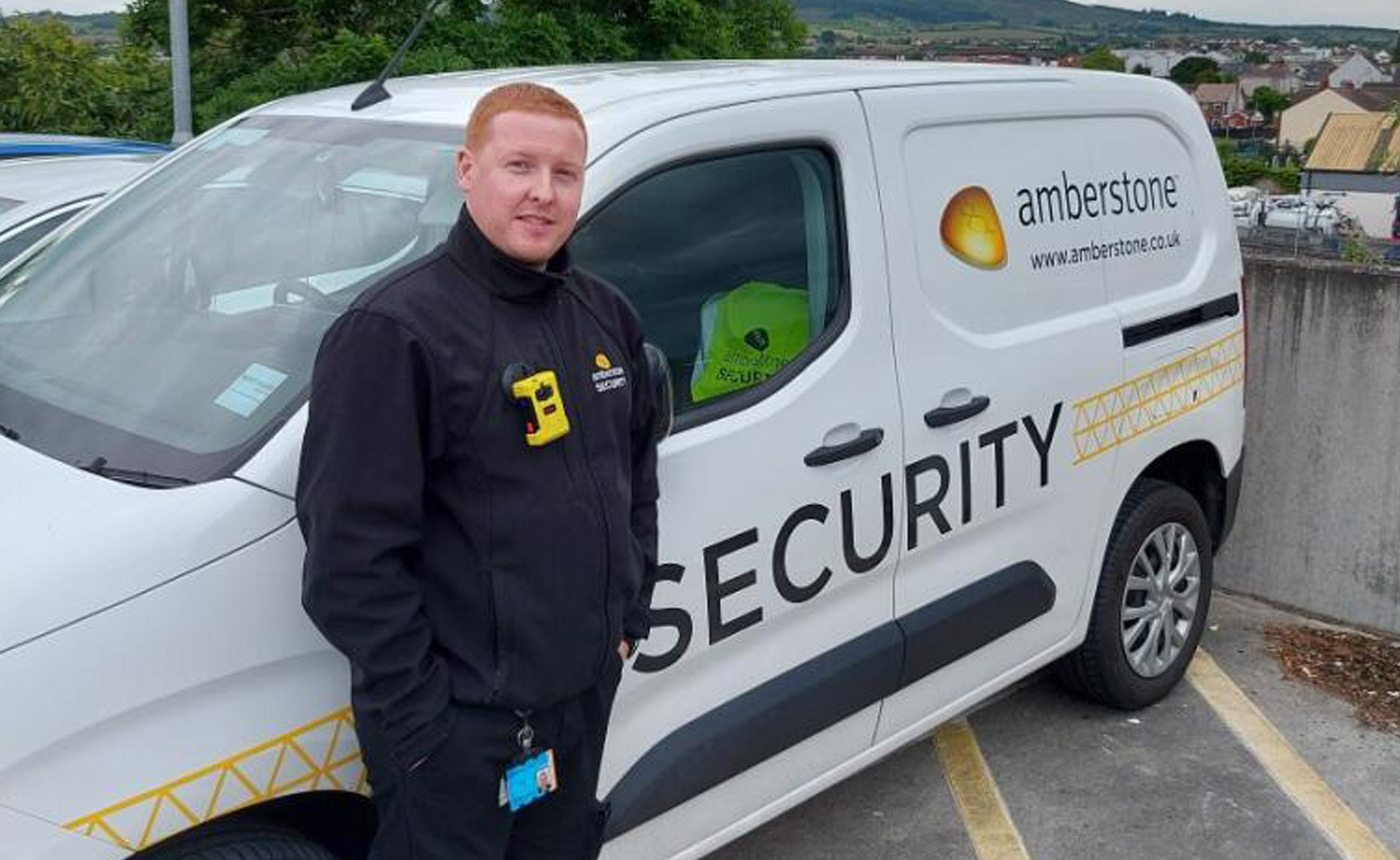 Mobile Roaming Security Officer Gavin McDowell played a vital role in identifying and apprehending members of an organised retail crime gang operating in Northern Ireland. With his colleague Barry Ireland, the Amberstone Security Crime Desk, and the not-for-profit partnership Retailers Against Crime, Gavin worked to facilitate the arrest of one offender and the seizure of a vehicle that contained £4,500 worth of stolen goods. Here Gavin explains how collaboration and information-sharing achieved this result…

What does a normal day look like for you?

A normal day involves intelligence-led mobile operations, so whenever our static guards or stores report theft or anti-social behaviour, or anything outside of the norm, those details get sent to us. We base our day around the times those incidents are happening, to make sure we are a presence in the store. We offer coaching and upscaling to static officers, so they are able to deal with any potential risk in-store.

Was there a specific reason you decided to carry out the car park surveillance on that particular day?

I can’t take all the credit! In Northern Ireland, we have a team of 2: myself and my colleague Barry Ireland. We’ve got quite a bit of knowledge around the Tesco stores – I’m an ex-Tesco colleague myself – so working in collaboration with the Amberstone Security Crime Desk and a third-party organisation called Retailers Against Crime, we gathered information on a kind of organised crime group.

We got a description of their car and the registration, as well as the size of stores they’d been targeting (superstores and Tesco Extra stores). We drive Amberstone-branded vehicles, so we placed ourselves in the corner of a car park, out of the way, to carry out some surveillance. The car park wasn’t covered by CCTV, and we knew it had often been used by travelling offenders. We’d been in this car park maybe ten minutes before a car drove in and we recognised the registration number. We were also able to identify its two female occupants.

How did you recognise the car’s registration?

We use the Retailers Against Crime app, which is linked to the Amberstone tablet that all officers have. We were able to cross-reference that with the car that turned up in the car park.

You mentioned the Crime Desk – is that an Amberstone Security operation?

Yes, that’s an Amberstone operation. Our Crime Desk colleagues, collate all the information from the Tesco contract and cover all of Northern Ireland. They get information from mobile and static guards, and that’s where our intelligence comes from.

Tell us what happened after you spotted the car…

Two women got out of the car, and we could see that there were quite a lot of items stowed in the vehicle. The way they were packed and concealed seemed suspicious – they were under towels and throw rugs. My colleague went into the store via the side entrance to use the CCTV, and I stood outside. One of the women exited the store with about £200 worth of stolen goods. My colleague was able to radio me so that I could detain the woman outside the store.

What sort of goods had they taken?

From Tesco, it was perishable goods – groceries and food items. When the police arrived and searched the car, they found it contained more perishables and quite a lot of clothing from nearby retailers. The estimated value of the stolen goods was about £4,500.

Is that amount the norm?

Were the 2 offenders you caught part of an organised gang?

Yes, it seems to be a family operation. From the information we got, the offenders all had the same surname and were travelling from the South of Ireland. They cover quite an extensive area, too – a couple of hundred miles each time they’re active.

Once they’ve been caught, do they move on to another area?

As far as I’m aware, this was the first time they’d been caught at a Tesco store. They’ve been deterred from another retailer and I’m not aware of them returning to that area, so yes, it may put them off certain areas.

Does information about the offenders get passed on to other areas?

Yes, we update the Crime Desk, and that information then gets shared with our external partners including the National Business Crime Solution and Retailers Against Crime as well.

What worked well on this particular day?

Sharing knowledge and great work from the Crime Desk, and collaboration with the lovely people at Retailers Against Crime provided all the intelligence needed to action this stop and arrest.

You can deter a lot of crime when patrolling in-store, and sometimes just your presence is enough to deter people. This was something different: the offenders were unaware of our presence, so we were able to gather and confirm information about the car and descriptions of the women, and relay our information to the police, all without making the suspects aware. They were able to carry on with their plan to steal more goods and the police arrived at exactly the right time – rather than the offenders seeing the vehicle and immediately driving off.