Is the new ACS ShopKind solution actually “a solution?” 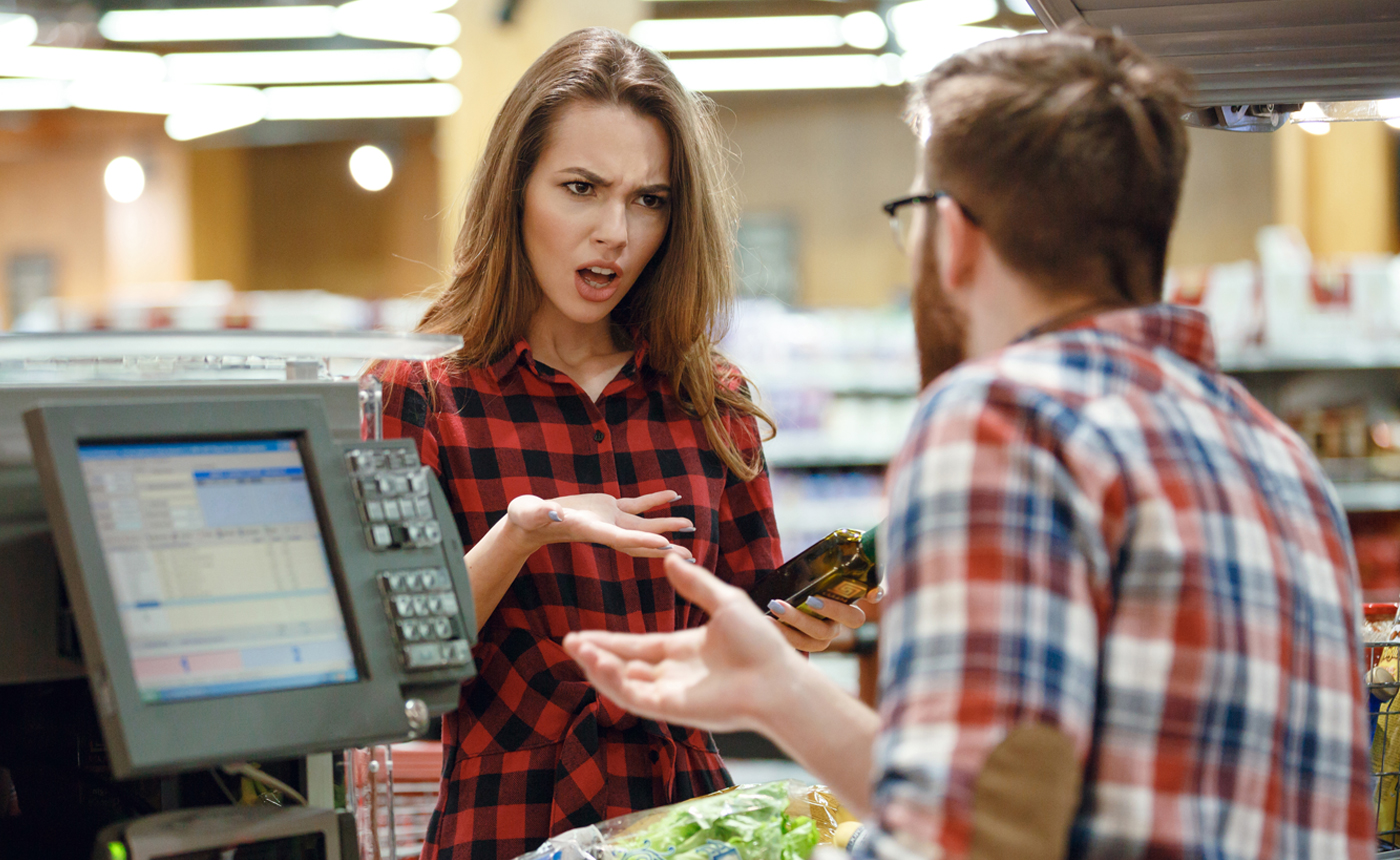 Could this initiative, endorsed by both the Home office and Policing community, succeed where others have failed…

The launch of the new “ShopKind” campaign is the latest initiative by a collaboration of industry bodies and businesses to deal with the increased incidence of violence against retail staff. But will it change anything?

Around 10 years ago, when I was working as a retailer, violence and assaults on shop staff was a high-profile issue. It all started with the BRC’s Violence Reduction Strategy.

The thinking then was that terrorism was the biggest threat to retail. This is where much focus and resources were expended. However, a group of Loss Prevention specialists, including myself, managed to move the dial. We moved from terrorism being a primary issue and instead started to focus on the concept of retail violence as the biggest risk.

Move forward around 7 years and in 2018 the Centre for Social Justice, an organisation set up by amongst others Sir William Hague, published a report entitled “Desperate For A Fix”. The report was the latest thinking about the impact of crime on retail, including assaults against retail staff, and how it could best be dealt with. The statistics were shocking…

Heroin and crack cocaine, along with the recent explosion in New Psychoactive Substances, were not only blighting communities but driving as much as 50% of all acquisitive crime, and 70% of shop thefts. Police recorded shop theft topped 385,000 offences in 2017, but the true figure, based on Home Office assumptions, was thought to be closer to 38 million offences.

The report went on to say that in 2017, shop theft cost was estimated at £6.3bn – equivalent to £270 for every household in the country, which was more than the average household’s monthly grocery shop.

At the same time, offenders with 36 or more previous convictions or cautions were responsible for an increasing proportion of theft offences dealt with by the criminal justice system – growing from 39% in 2010 to more than 60% in 2017. Over the same period the even more prolific cohort of offenders, with more than 60 previous convictions, doubled.

The CSJ report was suggesting a new way of dealing with prolific offenders and the increasing incidence of crime against retailers and all stakeholders involved. Those who care to do so can read my name in the acknowledgements. So, it gives me no pleasure to state the obvious, which is that ultimately the report failed to make much of a difference! And I fear that the ACS ShopKind initiative could go the same way IF retail does not see it as part of a suite of measures needed if change is to be achieved.

Going back to the CSJ report though, one thing I do think it managed to usefully do was point out the existence of an established infrastructure of disparate bodies, assets and resources that were designed from the ground up in most cases to deal with local crime, that should be working together more effectively.

In the section entitled “Making better use of new and existing arrangements to prevent crime” the report identifies those bodies already in existence and, in many cases receiving government funding, that should be collaborating to make a difference.

The report recommends that the Business Crime Reduction Partnerships (BCRPs) should include consideration of crime reduction and public safety in the wider community. Business Improvement Districts (BIDs) should ensure they address issues of Crime, Safety and Security in their initial and renewal manifestos. PCCs should work with Chief Constables to develop packages of measures – incorporating Neighbourhood Watch, StreetWatch, BCRP/BID resources, CCTV incentives, and more – “that can be offered proactively to smaller or more vulnerable retailers, businesses and communities, or reactively in the wake of repeated incidents, alongside any police response.”

So, my question to retailers is, has anything really changed in the last decade? Presumably not really, because now attacks on retail staff are at all-time highs of 400 assaults per week. And we are still grappling for a solution…

ShopKind is not the silver bullet that will transform the situation. It is not THE solution, but it is PART of the solution…

A glossy poster campaign with logos for your Facebook and Instagram accounts, urging people to report crimes against retail staff, is only leveraging the expertise of the creative marketing set, not the expertise of the risk management set. True a “Hi Vis” poster campaign can give everyone a warm fuzzy feeling. But bottom line, if you are not going to properly socially distance and wear a mask to save your own life, will a bright and breezy marketing campaign change your behaviour towards retail assistants or the businesses they work for?

Here’s how I think retailers need to get to grips with this problem. And I use the word “need” quite deliberately. The high street needs to smarten up its act if it is going to make a comeback, as I have written before. Time and again we return to these four key aspects of fixing the issue:

First investment has to be made in training. Whilst the Labour MP for Northampton is aiming to make it a specific crime to assault a retail employee, not just general assault, how about we train staff to deal with situations, that could potentially escalate, to de-escalate them?

For example, we know that the majority of issues happen around drunks, large groups of kids and age-related issues. Often a problem arises out of a situation where a retailer is simply implementing a law and failure to do so risks losing a license to sell things like cigarettes, lottery tickets or alcohol. Let’s train our staff to correctly identify these situations and how to handle them.

Second, we need to deal with safety and reporting. What are staff to do when confronted by a situation. Who do they report the incident to? Currently many retail crimes go unreported. Why? Because the perception is that nothing gets done about them. But how can the police, for example, resource a response for an unknown demand? It is impossible! The same is true of the BCRPs and BIDs crimes that are not reported go unpunished. And as a result, more crimes happen and the situation goes into a cumulative downward causational spiral – i.e. gets worse and worse!

And as part of the safety aspect of dealing with these issues, we need to deploy technology that will support those who are on the front line. That could be face recognition software that alerts retailers to the presence of a convicted criminal heading for their store, or it could be something as simple as a lone worker body worn camera given to store representatives to help when de-escalating situations. The combination of technology supporting better trained staff going to be far more effective than a few lines in the employee handbook that retail staff get when they join!

Third diversionary activity and offender management is critical if this situation is going to be resolved. How do retailers report into local authorities and the third sector regarding prolific offenders who have addiction issues. Drunks, drug users, rough sleepers or people behaving in an anti-social way will detract from a high street shopping experience and perhaps scare away shoppers. That is the last thing retail needs right now, quite apart from the humanitarian concerns about helping people when they need to be helped. And if they do not accept help, how do we exclude them from areas so they cannot make trouble.

Fourth we need to focus on messaging. This is where ShopKind can be really helpful. However, it is part of the solution not the solution. Moving the needle on public opinion is important because it creates an awareness that the problem is a growing one in society. Ask anyone outside retail if they are aware that retail assistants are more likely to be physically or verbally assaulted for just doing their job than every before, and people are shocked. Talk about 400 assaults a week and they are incredulous.

Just creating that awareness puts some social pressure on those who may have previously taken their shopping frustrations out on a shop assistant not to do so, as does the perceived possibility of reporting and other shoppers providing evidence of bad behaviour. However, that is not going to stop the hardened criminal from repeat offending.

Next week, I want to develop this last point further. I will specifically address offender management and how to engage with local authorities and the third sector to deal with prolific offenders, including those with addiction issues.