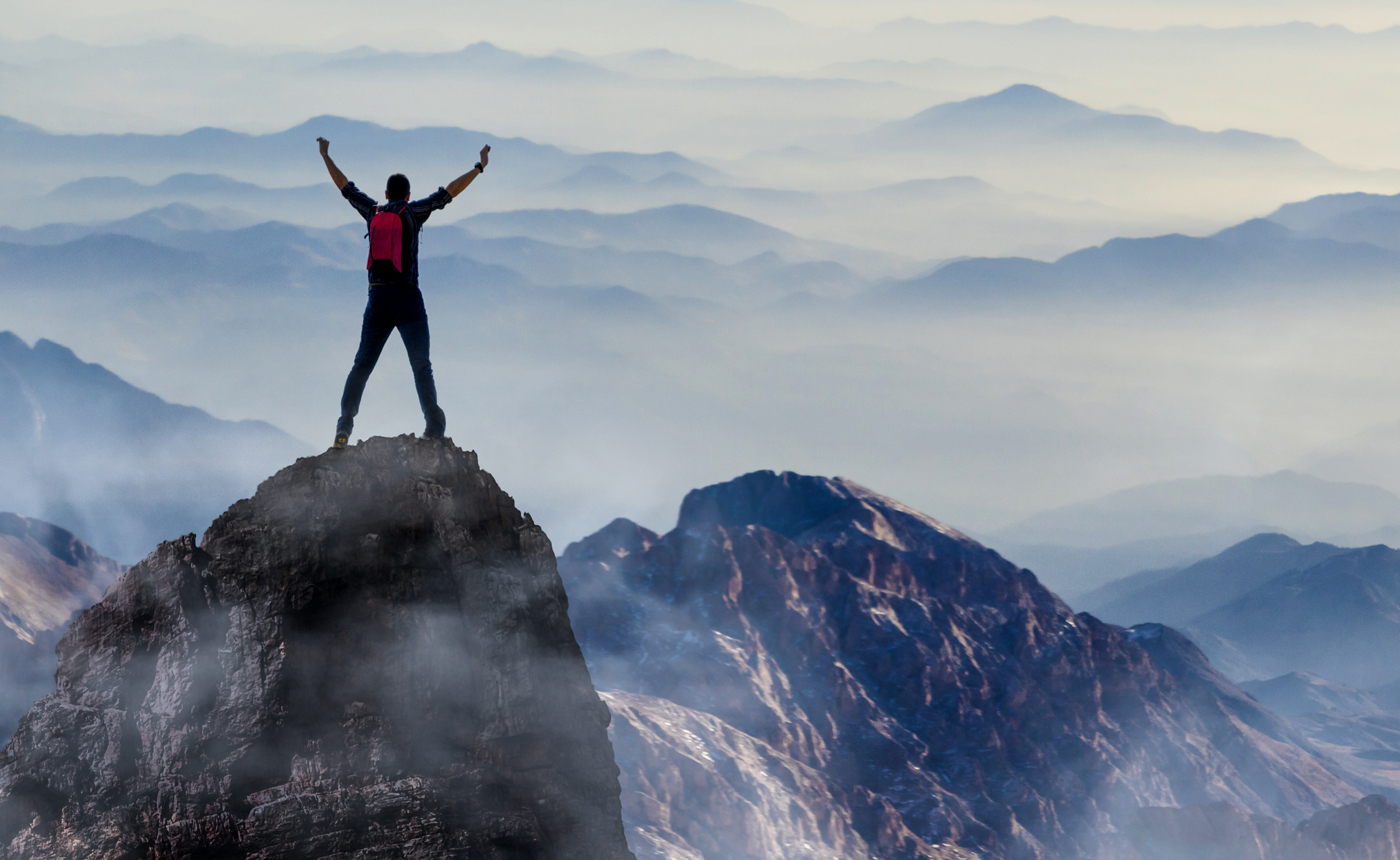 Is the British media actively trying to sabotage the mental health of the country?

The Press has been accused of overt negativity.

Even stories that are positive, are painted in negative terms.

But the Press is attracted to stories that win large numbers of readers or viewers. And the problem is that, counterproductive though it may be, people gravitate towards the negative…

A good friend of mine is a director at one of the world’s largest insurance companies. He is a very senior executive. He told me recently that he had been actively avoiding a head-hunter wanting to pitch him a new role. She simply would not take “no” for an answer. So, finally he agreed to hear what the woman had to say…

Having agreed to a final phone call that would end the matter “one way or the other” he was told by the head-hunter, “I have asked five senior people from the world’s leading insurance companies who they think would be perfect for this role, and four of them actually gave your name immediately.” Was my friend flattered? Nope. All he wanted to know was the identity of the one person who had the cheek not to suggest him!

So why does this matter? I mean, people can decide what they want to read or watch can’t they. The problem is that negativity is a pernicious disease. It creeps up on you slowly without you realising it. And it has lasting consequences because it can lead to a problem called “learned helplessness.” And that will not only curtail your mental health and performance right now, but it will also have repercussions for years to come.

By way of example, I would like to talk about fleas. Which reminds me, I must get the Frontline out to treat our loopy Labrador, Leo. Having an active dog is great, but it doesn’t come without issues.

When Leo is allowed off his leash he goes nuts. And as regular readers will know, his number one passion in life is to chase foxes on the local common. The merest whiff of a fox and he is off with me in hot pursuit, a bit like the infamous owner of “Fenton.” Obviously, Leo never actually catches a fox! But that does not deter him. And if he can’t catch one then rolling in foxy droppings is for him the next best thing. But not for his owners. Yuck! So anyway, back to the fleas…

A scientific study was conducted on fleas to establish their ability to learn helplessness. When a few fleas were put into a jar with no lid, they jumped out immediately. But when a glass lid was placed over the top, the fleas tried to jump out but couldn’t as they hit the glass lid. The interesting part of this experiment is that when the glass lid was subsequently removed, the fleas kept jumping at the height of the glass lid. They accepted their limitation and learned helplessness.

Another example from the animal kingdom is that when a baby elephant is captivated and tied to a tree with a rope, he will try to break the rope. But, being a baby, he is not strong enough yet and can’t. Later on, when is fully grown, he can still be tied to the same tree and still won’t be able to escape. This is because he has already accepted the limitation and learned helplessness.

These examples illustrate my point. Constantly being exposed to Press negativity means that we are in danger of accepting limitations on what we can do as a society, as well as an industry and as individuals. Our aspirations are dramatically curtailed and we are doomed to a future far less than it could otherwise be.

To avoid learned helplessness, a change in mindset is needed. If we don’t let ourselves see that we are capable of changing something, we can’t. I believe it was the cosmetics entrepreneur, Mary Kay Ash, who famously said “If you think you can, you can. If you think you can’t… you’re right!”

Last week we saw two brilliant examples of the antidote to learned helplessness. As it happens, both were about climbing. Now although I did some climbing in my army days, I am not a particular fan. Actually to be fair, it is not the climbing I worry about. It is the “falling” that bothers me. But even without a first-hand appreciation of climbing, I think these examples show that you simply cannot underestimate the indomitable nature of the human spirit.

The first example was a team of ten climbers who had become the first ever to climb K2, the world’s second highest mountain, in winter. The summit of K2 is just 200m less than that of Mount Everest, but is widely considered the more demanding of the two to climb in winter. Since the maiden attempt in 1988 just a handful of expeditions had been attempted. All failed, including an expedition of 11 climbers in August 2008 who were all killed in an avalanche at the dreaded “bottleneck,” a narrow steep passage.

However, this team started their summit push on Saturday at 1 a.m. local time. By 5 pm, climbing in temperatures as low as minus 60 degrees, they had secured their place in history. Incredible!

And then there is Lai Chi-wai. Once ranked the 8th best climber in the world, he was involved in a car accident 10 years ago that left him a paraplegic. Last week, aged 37, he climbed 250 metres (820ft) up the side of a Hong Kong skyscraper to raise money for spinal charities. And HE CLIMBED THE BUILDING IN HIS WHEELCHAIR! In the process he raised over £500,000.

None of the outstanding individuals had taken the setbacks of others or themselves and learned helplessness from it. Actually, they have been inspired to overcome incredible adversity and to use it to stoke their ambition, their visions and their goals. And that is what we should be doing now.

This pandemic is a ghastly situation. However, it is my opinion that we should be focusing on how we have prevailed in adversity. How the resourcefulness of our species has allowed us to address so many challenges.

A vaccine takes at least ten years to develop doesn’t it. But a global effort means that we have developed one in just 8 months. And we have never managed to vaccinate a population with the speed and precision that is required to protect millions of the most vulnerable in our society. However, by 15th February we will have.

First of all, we have fed the nation. It is too easy to forget the panic buying and the initially empty supermarket shelves. Toilet roll was in such short supply that the world joked it had become a new currency. Under extreme conditions, in the midst of the new outbreak, retailers worked to squeeze every bit of performance possible out of their suppliers, procurement and logistics teams to keep the nation calm at a time of great fear and unease.

As the pandemic accelerated so did anticipated changes in shopping behaviour. Retailers responded by squeezing 8 years of retail innovation into just 8 months. This included the burgeoning of online retail and associated issues around criminal activity. I was incredibly proud of the people at Amberstone and our other partners at the development of PACKED as a deterrent to the rapidly growing risk of returns fraud, and delighted that it has had such an impact in the market so quickly.

We have seen a great deal of change on the high street. And there may be some long-standing members of the retail community that go missing in the months to come. However, over time it is obvious that the shopper does not want to simply purchase online, but that the experience of shopping in store is still an important part of the joy of human interaction and activities. Companies, such as lingerie retailer Honey Birdette, have shown how strategic use of stores during Covid has enabled them to realise their best trading period ever, by tailoring their store experience to the needs and tastes of their top customers.

And whilst this pandemic is a blip – a big one, but temporary – the challenge of sustainability is never going away. By definition we will be dealing with it for the entire future. And even within the context of such significant challenges, retailers have still prioritised the need to change their trading practices and adopt more sustainable business models, including those around risk management.

In summary, it has been said that creativity loves constraints. Sometimes we are at our best when we are at our worst. I would encourage everyone to look back at the last 12 months with a determination to identify the triumphs and successes, for there are many. And there is much to cheer about.

You should never underestimate the ability of the human spirit to thrive in adversity.