Retailers brace for a perfect storm of loss this summer 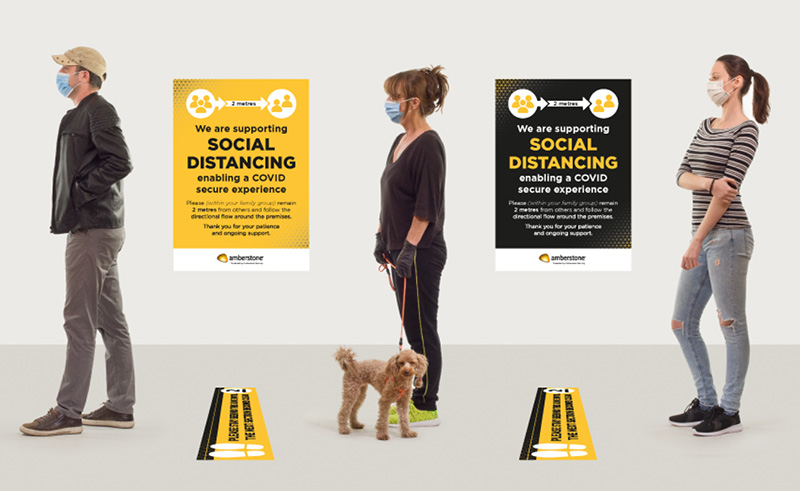 Social Distancing, civil disobedience, overstretched emergency services and excess stock levels could be aligning to form a “perfect storm.” Is Britain heading for a Summer of Discontent?

It’s a simple message, though not one that any retailer will want to hear.

UK retailers had better watch out!

The opportunity to re-open from 14th June is, of course, welcome news. Retailers have been planning how to re-open post COVID. Other countries leading the charge to re-open have been studied. Their hard won lessons learned. So coming out of lockdown later than many other countries should mean we have the experience of thousands of other stores around Europe and indeed the World to draw upon. And we do. However, is operating procedure really going to be the most important factor in retail this summer? Perhaps not.

The British have many fine attributes. However, willing submission to authority
is not a strength. Actually widely reported incidents on the coast of these islands over the recent bank holiday amply demonstrates how the Brits not only relish their liberty, but seize opportunities to demonstrate it with alacrity…

HM Government advised people not to visit coastal beauty spots en masse for the Bank Holiday weekend, but to stay at home and observe the lockdown rules. Yet my own recent experience, supported by reports on national BBC News, tends to indicate that revellers nationally have not simply quietly disregarded that advice… They have publicly ignored it!

Whilst sitting in my garden, basking in the Dorset sunshine, we knew that our local beauty spots would be busy post minor lockdown easing. As a family we decided to attend the beach and catch some end of day sun, as normally visitors leave at tea time as the hotels and bars are closed.

What we saw was deeply shocking.

Cars were abandoned everywhere, as car parks were full to overflowing. The beach and harbour were rammed beyond capacity; it was like an early evening in Ibiza, without the bars and decent music!

If the Ibiza party vibe was worrying, the lack of any possibility to observe social distancing was scary. At the beachfront supermarket (big four) the queue ran down the road. It was only 5pm, and yet revellers were drunk and losing self-control, litter was everywhere and patience between residents and visitors was becoming visibly strained. So we decided to sack it off and headed home. On the way we were told by locals that fifty-two Fire call outs had taken place because of fires related to BBQ’s including a second local forest fire in as many weeks, the first causing 100+ hectares of damage, again caused by a BBQ; that fire burned for a week, with helicopters being needed to extinguish it.

After weeks in lockdown, people showed a determination to party hard at any cost. And, as if to underline their right to individual freedom, some decided go further with the result of deaths and serious injury from the “tombstoning” exploits of young males at Durdle Door Beach. Now you might simply conclude that the unfortunate behaviour over the weekend was just the result of pent up frustration. A nation letting its hair down after being cooped up in lockdown for weeks. But will it end there?

The experience of retail in the “new normal” is going to be considerably different to anything seen in this country since before the war. Just think about queueing…

Socially distanced, the retail queue is boring. Customers stand in the hot sun if they are lucky, wind and rain if they are not, whilst waiting to simply access a store. There is no customer engagement. Nothing to relieve the boredom. There is no “popping out” or “nipping to the shops.” The description “convenience store” is now an oxymoron!

As the weather heats up so will tempers. People will be increasingly tempted to venture out and enjoy themselves rather than stay in and observe lockdown. To flout rules in public rather than observe them. And that will inevitably lead to friction between those trying to do the right thing and those not.

One only has to look at the dramatic increase of verbal and physical assaults on retail staff to see how fraught serving the increasingly impatient and frustrated British public is becoming, with an average of 424 incidents of physical or verbal abuse being inflicted upon retail staff EVERY DAY!

People are not happy. And with 2020 currently forecast by the Met Office to be one of the hottest years on record, I fear that Britain could be set for a hot Summer of Discontent – civil disobedience not seen since The London Riots in 2011.

Against a backdrop of discontent we have the arrival of factions able to take that negative energy and direct it. A clear example is the ominous presence of Antifa – a direct action political group – whose emblem could be seen at the centre of the Black Lives Matter march past Downing Street last week. It is clear that a movement accused in the USA of turning protests into direct action and violence has already arrived. And there are others too.

Then if we add one final element into the mix, it becomes obvious how a perfect storm of loss for retail could be gathering. Overstocking.
Only this week it has been reported that one leading retailer exceptionally is NOT intending to discount to move the significant amount of overstock it has built up during lockdown. That is not in itself the issue. The issue is that a wide audience is being made aware that most retailers have (literally) shedloads of stock to shift and their warehouses, stores and DCs are heaving with the stuff. Should tempers flare and civil disobedience erupt it is always, but ALWAYS, accompanied by widespread looting. And right now shops are packed to the gunnels with inventory.

And what about the Police? Returning to where we started, in Dorset, the overstretched emergency services had little chance of adequately policing on so many fronts without consensus. After the first day of problems, Dorset Council decided to close the beauty spots around the Lulworth Estate. However, the reality was that marshals were ignored, police ineffective and at the end of the day visitors simply did whatever they liked. Law enforcement could not cope. And looking at the policing yesterday around the Hyde Park protests, there is an abundance of video evidence showing how police were ignored, attacked, overwhelmed and even hospitalised in the nation’s capital.

I hope that I am wrong. I hate to be the harbinger of doom. But it is not unreasonable to propound that a number of key issues are aligning to make the possibility for a summer of unrest and a perfect storm of retail loss possible, if not likely.

So, what can retailers do?

Not surprisingly there is no single thing that can be done and no single retailer that can do it. Retail is not an island in and of itself. Clearly what happens in a retail business is also dependant on a wide number of factors completely outside of the control of any retail group. However, if everyone can do their “bit” then perhaps we can lessen the frustration and fear that leads to unrest and help ameliorate the situation. After all, in terms of the number of interactions people have with retailers there are a millions of opportunities daily to influence the population for good…

At the heart of the solution is customer service. People are scared. The retail shopping experience is markedly different from what they are used to. “Frustrating” is a word on everyone’s lips as they battle to do in hours that which previously took minutes. And for many the “pleasure” of retail therapy is not something they can see themselves returning to any time soon. So given that the situation is tough for everyone, retailers and customers alike, a focus on how to make the experience easier and better for each customer is a good starting point.

Then we need to consider explaining to people what the new normal is. Reassure them that they are safe and then manage the shopping experience in line with what we have established as accepted safe principles and practice. What, for example, is the point of making people queue to get in to a store keeping 2 metres apart to have inside the stores set up as a free-for-all in terms of distancing? I doubt structural changes alone can reasonably be used within a store to create a COVID friendly environment for all, so people need to have explained to them how the store now works for them to have the best experience and what to do in situations with which they are unfamiliar, such as not being able to go back down an aisle because they forgot an item they wanted to purchase.

Queuing is something the British are said to be excellent at. We form queues as a social norm. It is polite. We are taught to “wait our turn.”

However, queuing also has the negative connotation of shortages and hardship when it is involuntary. And across the generations attitudes towards queuing range from the stoical survivors of world wars to the casual disregard of those on the fringes of polite society. That said, I have lost count of how many friends and family have returned from Disney theme parks telling me how brilliant it was to queue for an hour to enjoy a ride lasting less than five minutes! Why? Because Disney go out of their way to make queuing part of their entertainment experience. And I would suggest every retailer should be looking at queues with the same eye for an opportunity to turn a big negative into a positive – especially when it comes to winter!

Finally, I suggest that retailers need to provide customers with better information and engage with them better. Better information is about store opening times, to stock levels and sale items. Don’t make people queue for something only to find it is out of stock. We have all seen what happens over the now infamous toilet roll stocking situation. In hindsight it seems ridiculous, but people have actually got into fights out of sheer frustration with stores for not explaining their policy on customer purchases or stock availability properly. And retailers need to engage with customers. Remember you have not had to queue for 40 minutes to do something that takes you five minutes before. Those coming into the store may not be in the best of moods and so retailers need to look at ways to make it worth the wait. That goes beyond merely having items in stock.

In conclusion, widespread public frustration at the what is being cited as the “new normal” is leading to widespread dissatisfaction and determination that the old normal is what people want. A multiplicity of pressure points could foreseeably lead to widespread civil disobedience and thence a difficult summer for retailers. However, it is not inevitable and it is up to retailers to do their bit to try and prevent it. Because nobody else can. And nobody else will.

Covid-19 News
This Festive Season the “must have” for Retail is “Agility”
Read more
Brexit
Technical support for your European locations post Brexit
Read more
Covid-19 News
Season’s meetings! “Christmas this year is going to be different.” And not just for the public…
Read more