This Festive Season the “must have” for Retail is “Agility” 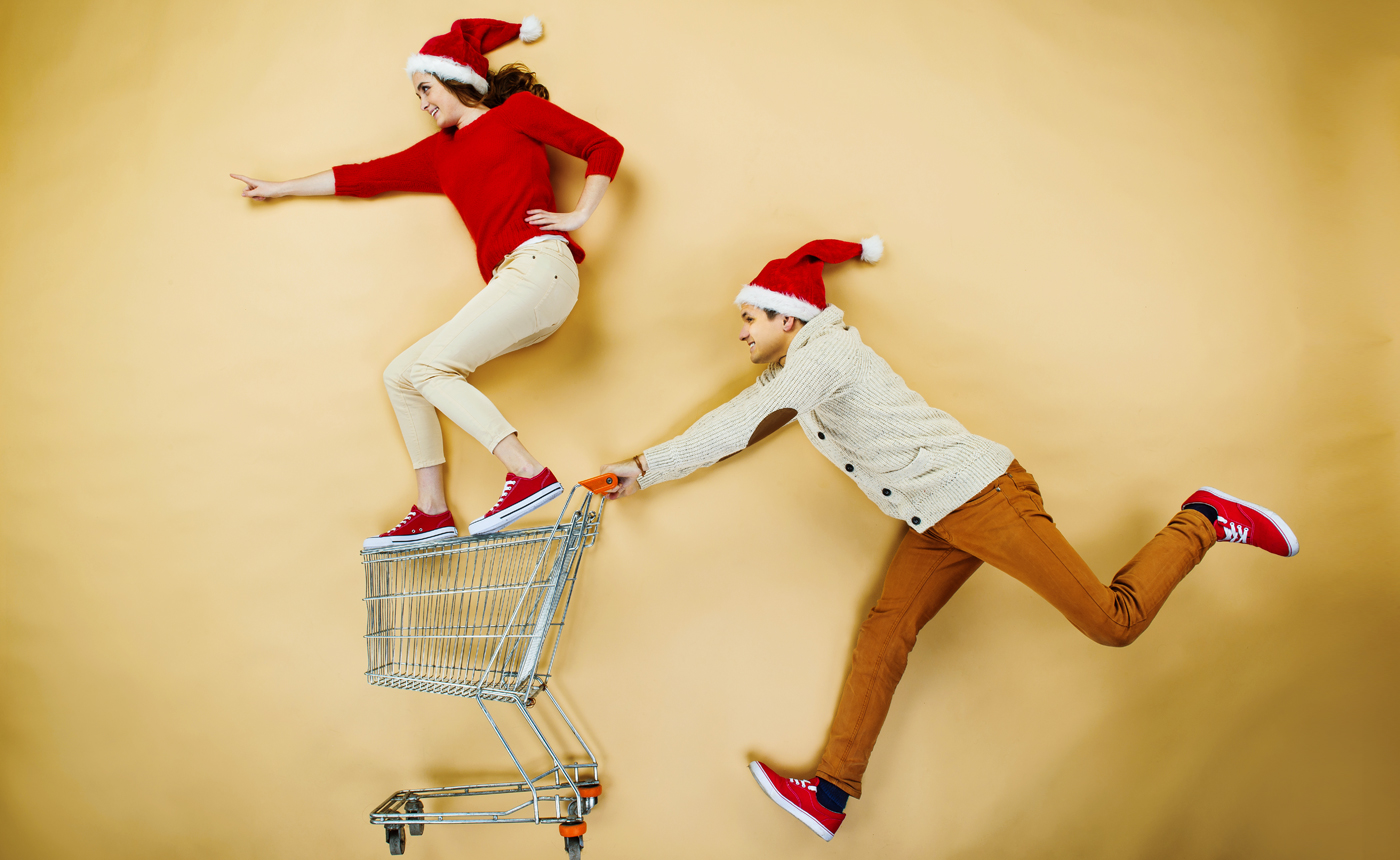 The Covid gene is mutating.

A new strain has been identified by a UK consortium of epidemiologists.

Speculation grows about the possibility that the vaccine, the great hope for a return to normality in the New Year, will be rendered useless against this new threat, despite the absence of any evidence to support that proposition and the long line of medical experts being interviewed on public broadcasting networks attempting to put the public’s mind at rest.

Whilst there is no expectation that this new strain of virus will be more lethal, it is significantly more transmissible. And that increased transmissibility has led to a new Tier 4 category being created with greater restrictions than ever before. And to boot, the scientific community are calling for even stricter lockdown measures to be imposed.

Non-essential retail is again being shut down in Tier 4. Free movement of people forbidden. Christmas has been “re-thought.”

Christmas has been “re-thought”

Upon receipt of the news, more than 40 countries have banned movement of people between them and the UK.

France has shut its borders without notice. More than 1,500 lorries queue on each side of the Channel, awaiting reintroduction of ferry crossings to Europe, whilst a protocol to allow safe movement is agreed. In events thought by some to be a “rehearsal” for Brexit on Jan 1st 2021, supermarkets warn of the potential for this supply chain disruption to create shortages of some foods post-Christmas.

No Brexit deal has been agreed. And according to the negotiators on both sides, that is not likely to change. Fear of the unknown stokes panic amongst the general public whilst the Comptroller of the Port of Boulogne and of Calais says that, apart from a bit of digital paperwork, nothing much is going to change deal or no deal!

Given the above you might be forgiven for thinking that owing to the rapid, unpredictable nature of events it is impossible to plan. However, I would respectfully beg to differ…

In my opinion, at this critical time the watchword should be “agility”. We may not know in what specific direction the various challenges are going to develop, but we do know that change, big change, is on the way. And so a key to successfully navigating the choppy waters ahead is to have available the resources that you need in order to be flexible.

When situations are changing quickly, time is always short

When situations are changing quickly, time is always short. So you need up-to-date information to be made available to you in a timely manner.

Famously in the ‘80s Margaret Thatcher said that, as Prime Minister, she got her world news updates from the CNN Channel way before any official government intelligence was received! And it is true that open news sources, such as BBC News 24, do an incredible job in breaking well researched, balanced news stories. I would also point people in the direction of the Chamber of Commerce and their packs on preparing for Covid and Brexit as a good starting point in dealing with their malaise.

If you use a third party security provider, like Amberstone, then that provider will be working across a number of sites for a number of clients. Compared to your view of just your estate, they will have data on emerging trends across multiple retail operations.

At Amberstone we have vast amounts of data on all of our sites across the UK and Europe, all monitored and analysed in real time. By encouraging your third party service providers to share data on emerging trends, behaviours and threats, you stand a much better chance of getting ahead of the curve. This line of thinking could be extended to other suppliers, including logistics and freight forwarding partners. They know first what is happening across the transport networks and they should be encouraged to contribute to the mass of data that you are using to stay informed and make decisions.

People are a key concern during these turbulent times. They are the people that you deploy on behalf of your business, including the staff at third party providers, and your customers. But when it comes to deploying people around your business, remember that the workforce is no longer as mobile as once it was.

First of all the threat of Covid has made many working in retail reappraise their employment situation and, often fearful of the potential for harm to their health through virus or well-being due to increased attacks on staff in retail, they have decided not to return to work after perhaps being furloughed. And who can blame them! Shoplifters committing multiple offences are going unchallenged. Gangs of criminals have been seen entering stores with an axe in hand, smashing up cases and removing the contents and just walking out, without even trying to hide their identities. And verbal and physical assaults on staff by customers is at an all-time high.

Then there are people who have had a positive test for Covid and are self-isolating, sick or convalescing. Or perhaps they do not feel ill, but they have been flagged as having been in the proximity of someone who has subsequently tested positive for Covid. So they are now obliged to take a test themselves and self-isolate whilst the result is awaited. If positive, they too will have to isolate. It is just such an incident that recently lost me skilled engineers in the space of a few minutes. One of the team they were working with had got a positive result. That meant many skilled people taken out of the business instantly.

Third there is the issue of navigating the Tier system. People cannot travel to and from any part of the country as once they did. On Saturday night a customer got in touch asking for an extra 21,000 man hours over Christmas, with the new guards to be in place and up to speed for the morning of the following Monday. Successfully deploying an additional 500 plus guards in normal times would be a challenge. However, add in the complexities of Tier restrictions and everything just got harder by a factor of ten – A task successfully completed!

Customer behaviour will be an important consideration

A major concern for retail has been customer behaviour during the pandemic. Some customers arrive fully wound-up and ready for a fight at the merest provocation. Perhaps it is the stress of shopping in a socially distanced environment, frustration when other people do not obey the rules or wear masks, or maybe crisis just bring out the worst in people. Whatever it is, the situation has never been as bad in retail as it is today. And regrettably the Police are not able to help. Retailers are stuck with the problem.

You can be sure that the prospect of being without salad or citrus fruit will create panic, even amongst those who consume neither on a regular basis! And thinking about the broader retail picture, customers looking for specific products and having travelled to a specific store in the hope of purchasing them may be disappointed.

At this time of year, stock accuracy is under huge pressure and it is very possible that items that were thought to be in stock turn out not to be so, leading to wasted journeys, queuing and customer frustration. Other visitors to stores, apart from those shopping with Click & Collect, will probably have to queue for longer periods than they would like – perhaps in adverse weather conditions – and that is not going to foster goodwill! The only saving grace of the Tier 4 lockdown could be that those retailers who do still remain open will have more space in which to organise their queues outside of the stores, although that is of little comfort to those forced to close!

Finally there will be people who have sent lists of their Christmas shopping requirements to essential retailers weeks in advance. Unfortunately as the time comes for the pick there may be missing items, because supplies are running low. All of the above means that you will have more disgruntled, angry and possibly abusive customers in your business than ever. So it is important to look at ways to de-escalate the problem before things turn nasty.

As a third party security provider, our guards are well trained in de-escalation techniques. Just the presence of the guard in the store is reassuring for the vast majority of reasonable shoppers and an incentive for those prone to outbursts to keep their tempers in check. Staff in a confrontational situation are your responsibility and under your duty of care. So be very careful that they have the appropriate training, equipment and know what to do. Otherwise things can get out of hand very, very quickly.

In conclusion, I would urge retailers to get as much information as possible on a timely basis, perhaps from unconventional sources, so that they can make decisions fast based upon the latest information, which will probably be changing. What’s more, the people they will need to quickly implement decisions made may not be able to respond as quickly as they are used to or be dealing with customers acting as rationally as they would usually expect.

Agility really is the “must have” for retailers this Christmas!