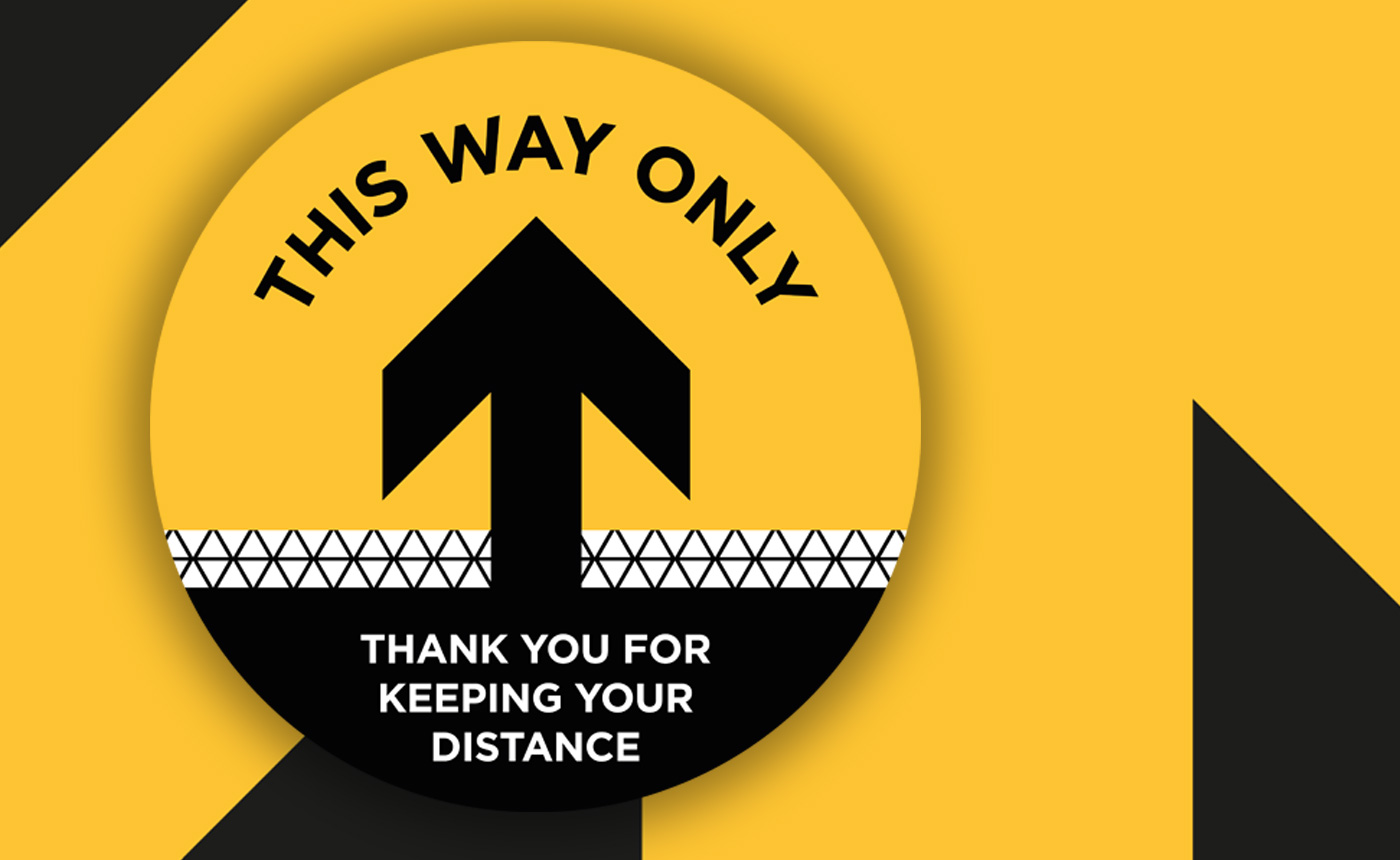 Looking down at the pavement whilst queueing for the morning paper, embracing the “new normal,” I noticed a sign on the floor with an arrow. It said, “This Way Only” adding politely “Thank you for keeping your distance.”

The distinct signage design was instantly recognisable as part of Amberstone’s off the shelf COVID secure signage solution, recently launched to help retailers get their stores ready for the reopening of non-essential retail on the 15th June – last Monday…

For history will record that in this week the world saw UK non-essential retail reopening post coronavirus. And on that Monday morning leading retailers across the nation were holding their collective breath to see what would happen next. Would customers return to stores in a trickle, or would retail be overwhelmed by the release of pent up demand? And how would retailers cope – either way?

In the same week Premier League football resumed, but without opening the terraces. Manchester City manager, Pep Guardiola, commented in the subsequent Press conference how everyone on the team “missed the fans.” Blackpool Pleasure Beach opened its doors featuring a new “socially distanced” rollercoaster experience. And, much to the horror of many teenagers, The Balearic Government announced that Ibiza nightclubs would not be allowed to open this year – as Kevin and Perry would say, “That’s so unfair!”

Is this really how life will be from here on out, or is this actually a blip; the dying embers of a pandemic which will soon be considered extinguished? There is cause for optimism…

First of all for economic reasons. The Bank of England has announced that it will pump an extra £100bn into the UK economy to help fight the “unprecedented” coronavirus-induced downturn. However, the policy makers also added that there was growing evidence that the hit to the economy would be “less severe” than initially feared.

Second for social reasons. As was reported previously, people are prepared to ignore rules on social distancing and other COVID related precautions if there is something that they really want to do. Just look back to recent crowd behaviour around Dorset’s beaches during the sunny weekend – scenes that were replicated around the UK. Thousands of people letting off steam with what can only be described as scant regard for any virus-busting protocols. Change the rule on distancing to 1m, then open pubs, bars and restaurants and it is back to business as usual… but with face coverings! And if you doubt that for a second, just take a look at the crowds on London Underground!

And finally for health reasons. As governments poor money into finding treatments breakthroughs, such as the discovery announced this week that Dexamethasone can be used to help Coronavirus patients, people increasingly believe that they are “safe.” They reason that they will not get sick (the magic of the “R” number) and if they do they are unlikely to be very poorly, and if they are now medical science CAN save them.

So is the new normal really any different to what went before?

Just as was the case before the pandemic, some retailers are doing well and others not so well. Undoubtedly some organisations have been more lithe than others, embracing new opportunities and successfully evolving their businesses, whilst others have not yet got into their stride.

There have been and will be winners and losers determined by who can fastest make their businesses most relevant to the needs of the market… But that has ALWAYS been the norm. There is nothing “new” about it…