What right do you have to ask me to remove my mask? 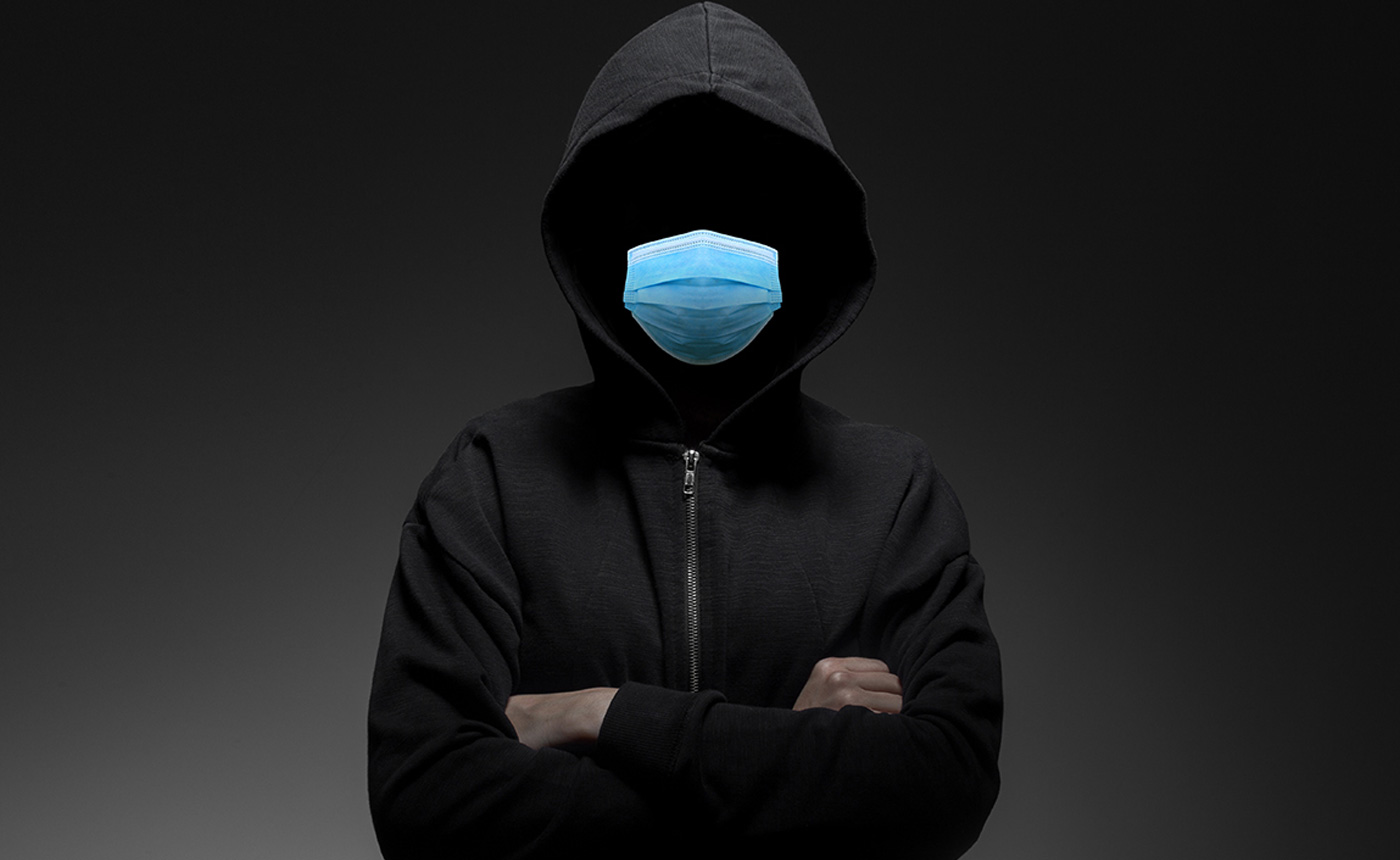 You are operating a socially distanced queue outside your retail establishment. Manned front doors (to enforce social distancing), interaction with queuing customers (to enforce social distancing) and a slowly moving queue (to frustrate the socially distanced!) mean that security has a better opportunity than usual to spot “n’er do wells” trying to access your store. And then they do…

On man is picked up, wearing a face mask and looking remarkably like a serial shoplifter who has plagued your estate in this locality for some time. However, as luck would have it embracing the new normal means he is wearing a face mask and, whilst you think he is the serial criminal, you can’t be sure. For that you need him to take off his mask.

So can you make him remove his mask? The answer is “yes”… and “no”!

Currently there seems to be no legal basis upon which a retailer can require a customer to remove a facemask. Moreover, if the British Government is making emergence from the pandemic the overarching concern of its activities and if, as part of bringing that solution, people are wearing masks for their protection and for the protection of others, as a matter of public interest then we should not expect people to remove them in public.

Of course, well trained security professionals are ever vigilant about the confrontational situation. One would hope that a well-trained guard would start the conversation off with understated urgency and overstated curiosity. A “Good morning sir. Would you mind just lowering your mask for a moment please” would be expected to produce co-operation, hopefully followed by “Terribly sorry, but I thought you were someone else. Sorry to bother you.” But what if the polite request is met with a refusal to remove the mask. Can you force the issue?

As we have already said there is no legal basis to require someone to remove a mask.

During interviews the point was made that if the person refused, they should be asked why. If the response was that they were too scared of the possible health implications of removing it, then an opportunity could be taken to create an environment where there is no threat. If that person is in an environment where social distancing is being observed which, in theory at least, should be happening in the queue anyway then what excuse is therefore not removing the mask. This could be pointed out to them. But still the mask remains in place.

One retailer explained that all those guilty of committing crimes in their stores were served notices telling them not to return to their stores. This retailer felt that, in the same way that a private club could exclude people for reasons that would be contrary to law in a public space (such as the exclusion of women in gentlemen’s clubs), that notice gave them a basis to at least exclude a noticed recipient if not any other member of the public. However that does rather presuppose that the ID has been made correctly.

The fact that the suspect is in a queue shows that they are intending to enter the store, contrary to the notice served, and so they have the opportunity to remove the person from a store based on the right of trespass. And ultimately the suspected repeat offender would be told on the door that the security professionals had reason to believe that they were a shoplifter and unless they were willing to remove their face covering in a safe environment to demonstrate that they were not then they would not be able to enter the store. Any fallout would go the way of customer services, free vouchers, apologies, etc. That would apply equally to all suspects, noticed or not.

Perhaps a bullish retailer could use this sort of policy. However, in our continuing scenario we still have not managed to identify our man. And what if he just brushes aside the employee making the “though shalt not pass” pronouncements at the door and pushes his way in to the store…

Upon entering the store, you could suggest that the best course of action would be to follow the suspect closely. Make him realise that security and CCTV were alerted to his presence and that one false move and he would be apprehended. However, as one interviewee for this piece pointed out, that does presuppose that the security operating at the front of the store can now leave the post to go and track the suspected thief.

In truth our suspected criminal is now probably getting ready to abort the sortie because there is far too much attention on him… unless that is the idea, to be a decoy for other gang members, of course. In our scenario a suspect has pushed their way into the store. Are your security guards or personnel going to apprehend him? And what crime has he committed to involve the police. None so far. Let’s carry on.

Then the suspect is indeed observed shoplifting. The store detective approaches to apprehend. The thief protests his innocence. What then? Under the current situation, from a practical point of view who is going to physically restrain that criminal, search and detain him. Never mind the loss resulting from the theft. What about the danger to staff? If a staff member were to become infected with COVID as a result of tackling an offender, what would be the implications for the business in terms of legal suits and reputational damage with employees and customers.

So are we going to let our man simply walk in and walk out of our store with a shopping cart full of stolen goods. Identity unverified. If so it is not even possible to follow up with an offender at their known address. “It wasn’t me gov! I was watching Netflix all day…”

Chillingly the answer right now is yes that is exactly what we are going to do. Because whatever the crime, once that person has entered our store and stolen from us the downside is potentially all on the retailer to such an extent that that least risk is to let the offender go. The trick must be to prevent the offender from getting into the store without their identity being verified in the first place.

It has been suggested that the answer may be found in the way that businesses already require people to remove safety helmets. Shops can refuse to serve people who wear helmets ostensibly because they are intimidating, but in reality so they can get a good look at their faces through CCTV, etc.

Often comparisons are made between religious face coverings and crash helmet wearers. Why should the former be allowed and the latter not? Of course the two are very different. Religious clothing, such as face coverings, are worn as part of a set of religious beliefs and practices. A crash helmet is all about safety whilst engaged in a potentially dangerous activity. The biker is not going to need a crash helmet in aisle 7 no matter how busy it is – especially with social distancing!

However, a mask IS about personal safety and not about religion so can removal not be a requirement like a crash helmet. The answer is that it cannot. A retailer would not be entitled to ask people to remove safety helmets when riding a motorcycle in their car park because they are asking the customer to remove items of protection relevant to the activity in which they are engaged at that time. That would lead to tragedy. And the problem with the COVID mask is that it is used by shoppers in supermarkets specifically because of the risk of infection associated with their activity at the time – shopping!

The no helmet no fuel policy operated by some retailers is just that… a policy. There is no law requiring the removal of crash helmets. Of course the retailer is able to instigate policy on their premises subject to the law, but only when that policy does not itself contravene the law – like the requirement to wear a crash helmet whilst operating a motorcycle. Which is why allowing someone to enter a shop wearing a mask and then asking us to remove it is getting us nowhere fast. So is there perhaps something that can be done in the queue that cannot be done in the store?

For many retailers operating under COVID restrictions the queue is being formed on land that is not part of their demise. However, because the queue is clearly formed by virtue of the fact that the people queuing want to enter the store the retailer is responsible for the health and safety of that queue including trips, slips and falls and… COVID safe measures. So any idea that a retailer can ask someone to do something in the queue that they cannot do in the store is wrong.

The conclusion then is that at the moment the best defence the retailer has is to publish their policy. Although ultimately if people do not want to take heed, walk into a store and take stuff there may be little that a retailer can do about it unless they are willing to have their staff tackle the suspect to prevent him entering the store or to force him to remove his mask in order to successfully identify him. And is that really happening?

Practical experience to date gives us some room for optimism though. Whilst we may be mooting the legal basis of asking someone to remove a mask and the associated hypothetical problems, the truth is that recorded shoplifting and similar crimes are being reported as significantly down. Whilst burglaries may have increased as well as physical assaults on staff, so presenting retailers with more risk to manage in these areas, thankfully the increased security presence at the front of store and lack of large numbers of customers to cover shoplifting activities in-store seems to have deterred shoplifters.

But that is just for now…

Business Crime
Funding Business Crime Reduction Partnerships… Isn’t it time for a new approach?
Read more
Technology
What is ANPR and how does it work?
Read more
Covid-19 News
Enough about tomorrow. What are we going to do today?
Read more